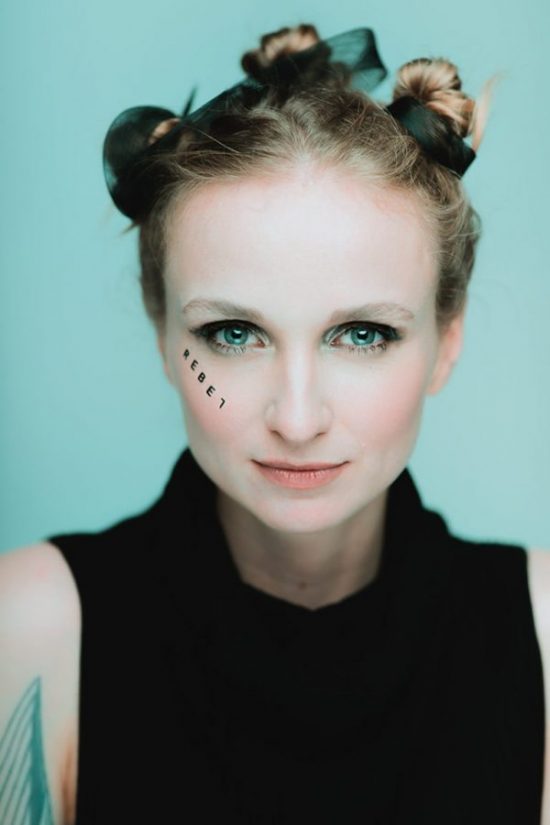 What is Spot The Dot and what motivated you to found it?

A couple of years ago a friend who was a physiotherapist pointed out a tiny spot on my lower leg and told me to have a dermatologist look at it. I took up his advice and to make a long (medical) story short, that spot which looked so innocent to me, was already a far progressed melanoma.

In the following year, I heard so many misconceptions about skin cancer from people around me, which made me realize that there is such a big need to raise more awareness around this topic. Hearing these misconceptions motivated me to start my own foundation, Spot The Dot.

Spot The Dot is a foundation working with artists from around the world to raise awareness of melanoma and other types of skin cancer. The aim of the projects is to encourage people to start a conversation with their loved ones (and their physician) about the importance of prevention and detection of skin cancer. I focus mainly on young people as a target group, since I felt like all the info material and campaigns I saw before, did not speak to me as a young woman.

What is the Rebel Against Skin Cancer campaign about?

Rebel against skin cancer is a public disease awareness campaign to raise skin cancer awareness. The motivation for this campaign was born out of the many misconceptions and myths around skin cancer. Skin cancer is in the top 3 of most common cancer types amongst young adults and most of them are not aware of that. Many people don’t check changes on their skin, while early detection can be crucial. Every single young person I talked to was so surprised when I told them that my melanoma diagnosis could be deadly, wasn’t skin cancer something you could simply cut away? We rebel against the ignorance and denial around this type of cancer.

We did for example a Rebel Against Skin Cancer DIY festival in the north of the Netherlands.We painted the world’s longest (street long) mural dedicated to skin cancer awareness and we had a Rebel against skin cancer exhibition and party in Austria.

Rebel Against Skin Cancer turned out in so many fun and creative projects and collaborations, we even were invited to Kuwait to do the first skin cancer awareness campaign in the Middle East.

Eventually we also asked several international filmmakers to tell the stories of those brave people who fight the ignorance about skin cancer.

How does having had melanoma affect how you spend time in the sun, and also your beauty routines?

Ironically I never liked tanning, or staying out in the sun for that matter. I grew up in a family with a mom and two older sisters who spend most of the 80’s tanning. I was the nerdy kid who liked to stay inside and read cartoons and draw, my mom even complained about me being so pale. She used to say, “honey, you could really use a tan!” When I got into punk and heavy metal in my teenage years my pale skin was a perfect way to rebel against the trend of being tan. When doctors asked me if I tanned a lot, I told them, “I wasn’t in tanning studios, I was at Iron Maiden concerts.” Right now obviously I am taking care even more, which means I use sunscreen on my face throughout all seasons and I try to embrace skin covering fashion and wear more hats and long dresses. However, I keep secretly hoping having a tan will go out of fashion some day and people stop telling me to catch some sun and get a “healthy” tan.

For more on Rebel Against Skin Cancer, go here

For more on Spot The Dot, go here

Sign up for our newsletter
to keep in touch by
clicking here.

Your content has
influence, and that power
can save lives.

I promise to promote healthy sun safe practices by not encouraging, in both word and image, tanning (whether outside in the sun or in tanning salons). By producing and distributing conscious content around sun safety, I hope to inspire people to protect themselves and significantly diminish their risk of being affected by skin cancer.

LET US KNOW IF YOU HAVE ANY QUESTIONS